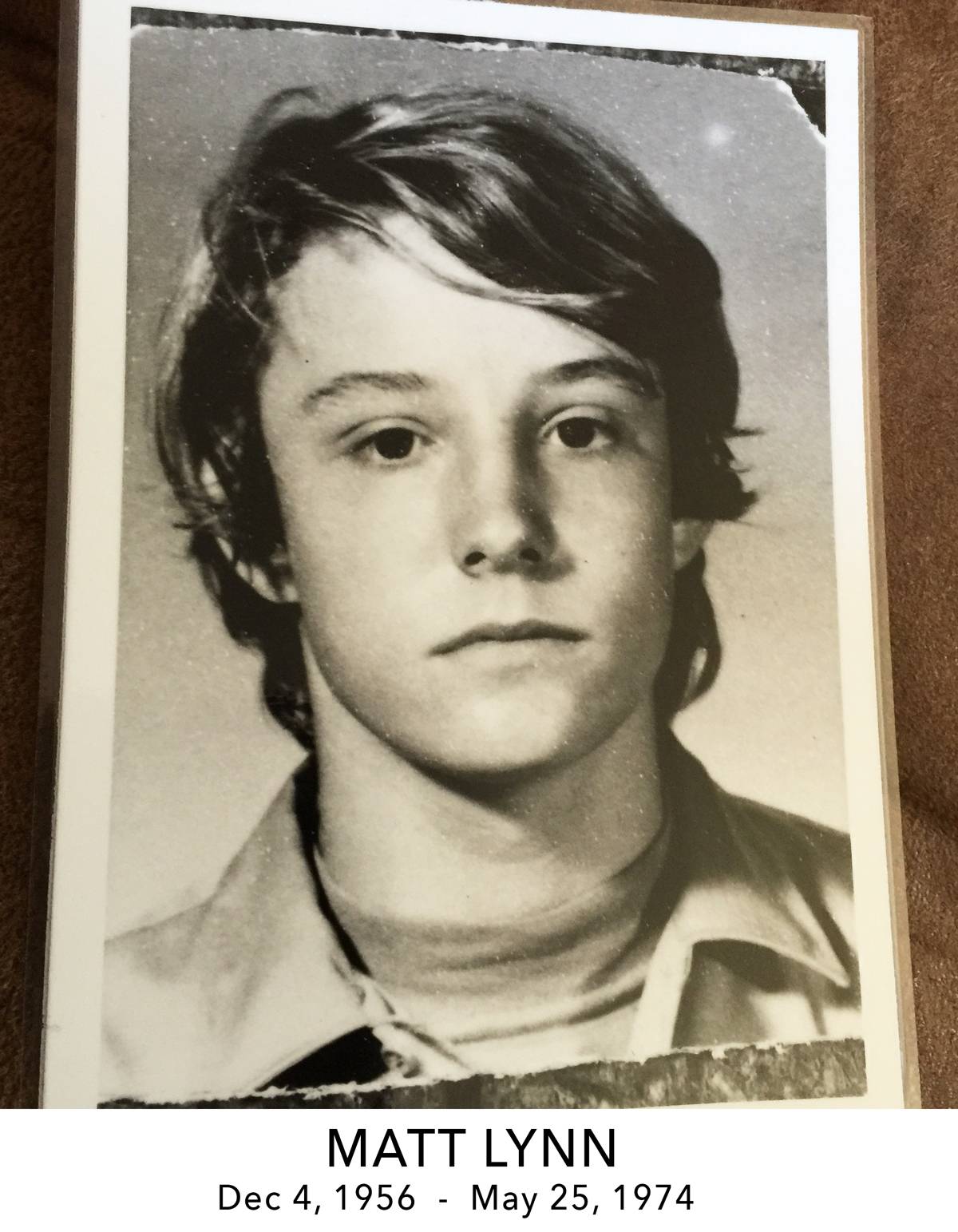 It was summer 1969, I would be going into 7th grade. I started hanging around wih a neighborhhood kid named Matt Lynn. Matt played guitar and that is what we had in common. But he had a propensity for living on the edge. Knives, switchblades, fighting, smoking, were all on the table. Matt was kind of a big kid, I was always a little guy. We soon became best friends.

The biggest challenge was to find the right model - a “California Blonde.” Her look would be everything to pulling this ad off! RK had access to all the girls that went in and out of Playboy Studios but believe it or not, finding a hot blonde in Chicago was still a tall order. We exhausted every girl in the Playboy Modeling agency located in the Playboy building... 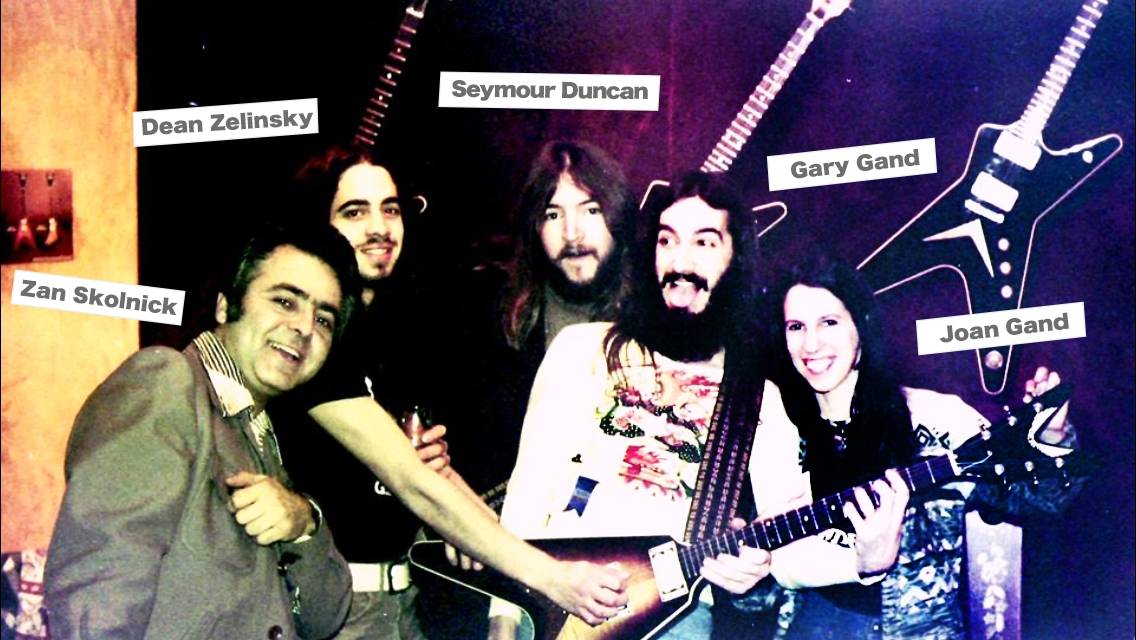 Well there we were. My good friend Keith and I at my aunt's house…the van loaded with everything we needed to pull off my first NAMM Show. The entire booth made of cloth covered pegboard panels, the Styrofoam Dean Winged logo sign, tools, our luggage, and now a bunch of Finish Cracked Dean Guitars.

DEAN BARRETT ZELINSKY, president of Dean Guitars, is at 22 the youngest manufacturer of production model electric guitars in America. He's been at it already for two-and-a-half years, and, as a matter of fact, he's actually been creating money out of guitars since he was 16. "That's when I used to buy junk and turn them into good guitars," he explains. "I'd buy a Gibson SG with its neck busted off, put it in shape, play It for a couple of weeks, and then sell it."
READ BLOG

So it’s late 1976, I’m 19 years old, diligently working day and night tooling up a guitar factory. Zan Skolnick, my marketing director, is now in place and the game is starting to change; things are ramping up. We are going to the NAMM show in January and the already voluminous task I had taken on just got super-sized. Working to get this monster going was on my schedule, but suddenly I had a drop-dead date to launch this Guitar Company – January 21st, 1977.
READ BLOG

FROM REPAIRMAN TO FACTORY OWNER

It was 1976. Most of my peers were either in college or working in the trades—many were busy improving their drug and alcohol skills. None of that felt right for me, and at the age of 19 I somehow thought I was ready to go into the guitar manufacturing business
READ BLOG

A TRIP TO THE GIBSON FACTORY

While I had been in the repair business for a while, the entrepreneur in me had sights set on a bigger prize; becoming a guitar manufacturer and going up against the “Big Fish” - Gibson. They were making terrible guitars in the mid-70s…owned by Norlin Industries, which was so diverse they even harvested nuts in South America. The Norlin brain-trust seemed to not have a clue as to what a guitar was supposed to look like, feel like or even sound like. In my repair business, I made the most money shaving 70s Gibson necks and refinishing them. That is where I perfected my Soft-V profile…the feel that helped put the original Dean Guitars on the map.
READ BLOG

As long as I can remember, I couldn’t deal with school. I really started going off the rails in 5th grade. I spent most of that school year in the coat closet because I was so disruptive to the class... While middle school was no party, in high school I could somewhat create my own schedule which helped to mitigate the pain. However, I still look back at that period as the worst 4 years of my life.

Around the age of fourteen or fifteen I was playing a lot of guitar, however, tinkering on guitars quickly became a new fascination. Buying and working on guitars was going to become my new playground...

There was a local music store, called The Village School of Folk Music, and my mother signed me up for lessons. The more advanced students went to a guy named Gary Gand, a 16-year-old local, hotshot guitar player who just happened to be the storeowner’s son. The less advanced students got signed up with Gary’s band mate…are you sitting down…a guy named Paul Hamer. Yes, little known fact but Paul Hamer of Hamer Guitar fame was my first guitar teacher.

I was flying out to California to meet with Zakk, it was August 2008. It was about our third meeting…attempting to get him to leave Gibson and come over to my camp. I had made a few guitars for Zakk over the years, including a custom Dimebag Razorback which he played often, especially during his Tribute to Dime in his live shows. Darrell had asked me to make a Razorback for Zakk, which I honored after his death.

Billy Gibbons and I were introduced in the late 70’s thru a mutual friend. Billy used to call me on a regular basis just to talk shop. One day we were having a conversation and I said, “How about I build you a guitar?” Billy was receptive and we worked out the details for a custom Wine Red ML Guitar. Yes – in the early 80’s even Billy Gibbons had a Dean ML!
READ BLOG