MY FORMAL TRAINING - A TRIP TO THE GIBSON FACTORY

A TRIP TO THE GIBSON FACTORY

While I had been in the repair business for a while, the entrepreneur in me had sights set on a bigger prize; becoming a guitar manufacturer and going up against the “Big Fish” - Gibson. They were making terrible guitars in the mid-70s…owned by Norlin Industries, which was so diverse they even harvested nuts in South America. The Norlin brain-trust seemed to not have a clue as to what a guitar was supposed to look like, feel like or even sound like. In my repair business, I made the most money shaving 70s Gibson necks and refinishing them. That is where I perfected my Soft-V profile…the feel that helped put the original Dean Guitars on the map. 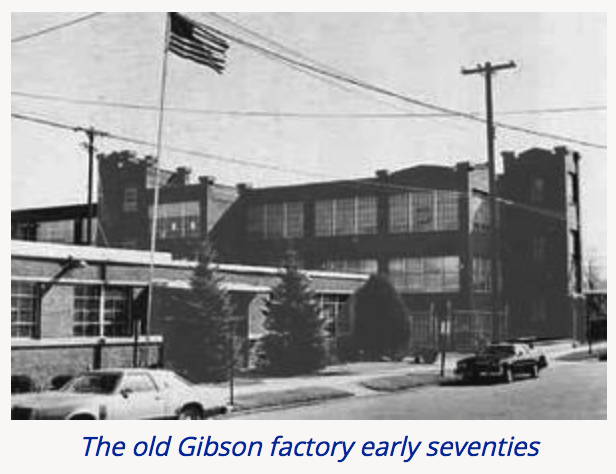 Well it was 1975, late in my senior year of high school… and time for my real formal training in guitar making… my first trip to the Gibson Guitar factory in Kalamazoo, Michigan. In spite of the poor quality Gibson was producing at that time, I knew a trip to the factory would give me all the manufacturing knowledge I would need to start producing guitars the way I wanted to. The tours ran every Wednesday, I think you had to arrive around 10am. Kalamazoo is about a three hour drive from Chicago, so I headed out early with my close friend Keith… of course, we were ditching school. 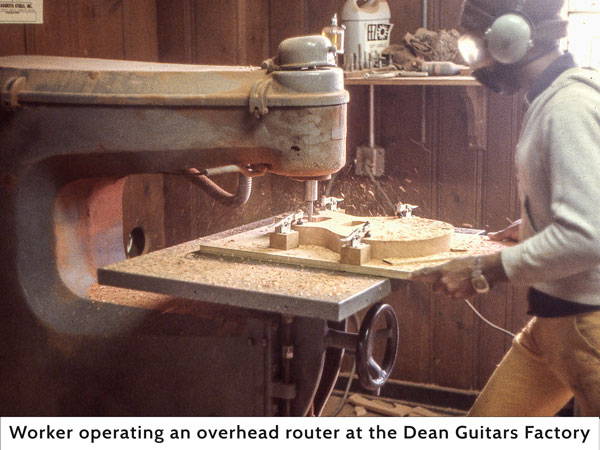 We were lined up in an office area with a small group of other curious individuals. I remembered first entering the factory and being shocked at all the women working there. It was almost all women...doing inlays, fretting, whitewood sanding, finish sanding, scraping binding...all the fine detail work including installing all the hardware and electronics...soldering too. The men mostly ran the heavy and dangerous machinery. They did the buffing, painting and wrapping the binding, which took a lot of strength. Not sure what my preconception was, but I probably thought I was going to see a bunch of older men building guitars. Instead, I saw factory workers…more of an assembly line type of approach. 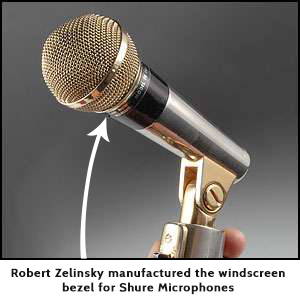 Though this manufacturing approach for guitars was a bit of a wakeup call, it was also very familiar. My father owned a screw machine factory in Chicago. He made high precision parts, mostly for aircraft radios and other electronics (he even made the bezels for screwing on the windscreens of Shure microphones). I used to

work there when on vacation from school…and like Gibson, the men ran the big screw machines, milling machines, grinders and gear cutters, and the secondary operations including; drill presses operators, inspectors and all the detail work, was heavily women.

The Gibson tour was certainly eye opening. It is the first time I saw overarm routers and shapers making anything, let alone guitars. I paid extra attention to the fixture-ing, tooling and the specialized machines (mostly custom made) like fret slotting, fingerboard radius-ing, etc. as at this point in my life, I was just extremely curiousl how it all got done. Additionally, seeing masses of guitars in the finishing department hanging on a conveyor line, watching sunbursts being sprayed on a production basis and guitars being buffed on big buffing jacks got me thinking more about a future in guitar manufacturing. It was hard to take it all in on a single tour but I got a lifetime of knowledge inside of two hours.

Back to Kalamazoo - Tour 2 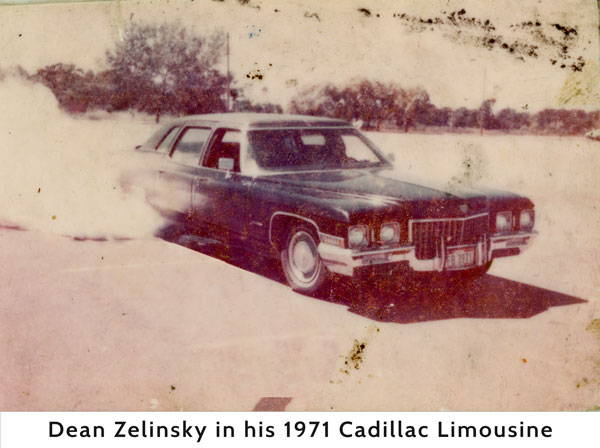 I saw almost everything I needed to start my wheels turning on going from guitar builder to guitar manufacturer. However, Keith and I did make one trip back several months later, about the time I was setting up the Dean Guitar factory. This time, we were taking notes.

My car back in the day was a 1971 Cadillac Limousine. I bought it at an insurance auction and that's how I got around when I was 18 years old. A great car for partying and hauling band gear. It became a regular argument among my friends...who was going to drive and who would ride in the back.

The reason my limousine is germane to the story, is because when Keith and I pulled up to the Gibson factory for our second tour, there were two more limos parked ahead of us. Turns out the band KISS was taking a tour that day too. This was 1976, the band was about three years old but they were already huge. KISS of course was on the private tour and we only caught glimpses of them, their costumes and their makeup from afar. They seemed to be one room ahead of us most of the way. Years later I did meet Paul Stanley and Gene Simmons...and had that story to share. I actully saw them without makeup long before the masses did.

My friend Keith was literally wandering from the tour, climbing under machines and writing down names of the machinery makers. Although, as you will see later in the story, Keith's efforts did not become overly necessary. Keith has remained a long time friend and today has an impressive vintage Dean collection.

Those two tours represent 100% of my formal training in guitar making. I didn’t know what a luthier school was or even if they existed back in those days. 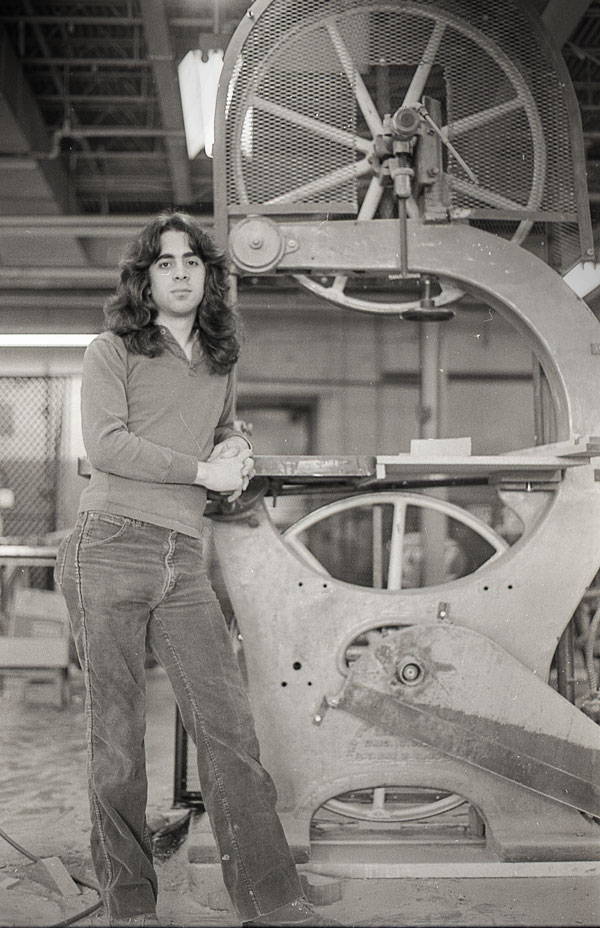 Soon thereafter, I rented a small factory space on the second floor at 2125 Dewey Ave. Evanston, Illinois, the suburb adjacent to the north of Chicago. It was a dingy place…really offices that were converted to a manufacturing space. Not ideal for manufacturing, (we had to bring the machinery up thru a big trap door in the floor with a crain) but the landlord was desperate, the price was right and seemed destined to become Dean Guitars’ humble beginnings.

While I spent some time in the machinery district, I preferred the internet. However, the internet back in those days was called the “Yellow Pages and a telephone.” I looked up woodworking machinery dealers and ended up on the phone with a guy named Bob Knurek. Bob owned Woodworkers Tool Works, he sold used machinery and also made custom tooling. Bob took a liking to me because I was young and enterprising.

I remember telling Bob, ”I’m looking for one of those machines that has two spindles that come up from the table...each spins another direction and I can put tools on them.” Bob says, you mean a double spindle shaper? I said, "that’s it! And I need one of those machines that has a head on top and... ” Bob says, you mean an overhead router? I said, "yeah, that’s it!"

Turns out Bob's outfit could also grind special cutters to make my "V" neck profile, radius fingerboards and whatever else I need, including special stepped bits to accurately drill string ferrule holes. Manufactuing guitars just got a bit more tangible. 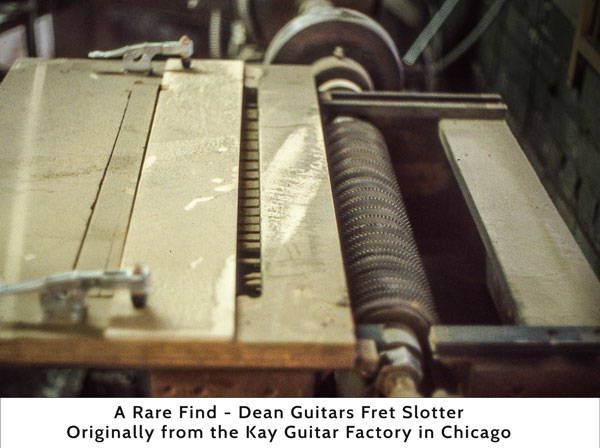 During one of our conversations Bob says, "hey can you use one of those machines for cutting those slots for those little bars?" I said “you mean a fret slotter?” He said yes...

This was an unbelievable find, as fret slotters did not exist, they were custom made by custom machinery makers. But Bob says, "I know where one is." Bob immediately gets on the phone and calls a guy named Lee Myes and asks Lee if he still has the machine. Turns out, Lee used to work for Kay Guitars in Chicago. When Kay went broke, they couldn’t pay the employees…so some of the managers got paid in machinery on the way out the door. Lee obviously got the fret slotter.

I met with Lee...he was making fancy tie racks for the Neiman Marcus catalog and his business was called My Ties. He had the rusty old fret slotter and about 5 spindles; basses, mandolins, and guitar scales...however, nothing 24 ¾” scale. Well, Lee had some other things I needed as well. I paid him $1,500, pulled up a trailer and left with the fret slotter, a big air compressor, a spray booth, lots of spray guns, air hoses, pressure pots (holds the lacquer) and a 55 gallon drum of lacquer. It was quite a haul for young guy setting up a guitar company.

Now it was time to set up the Dean Guitar factory.

Setting up the Dean Guitar Factory