By Don Menn, featured in Guitar Player Magazine in May 1979

"Dean had to become "independent" before many people can even comprehend the word. And he had to really teach himself everything from guitar history to luthiery, from distribution to accounting." 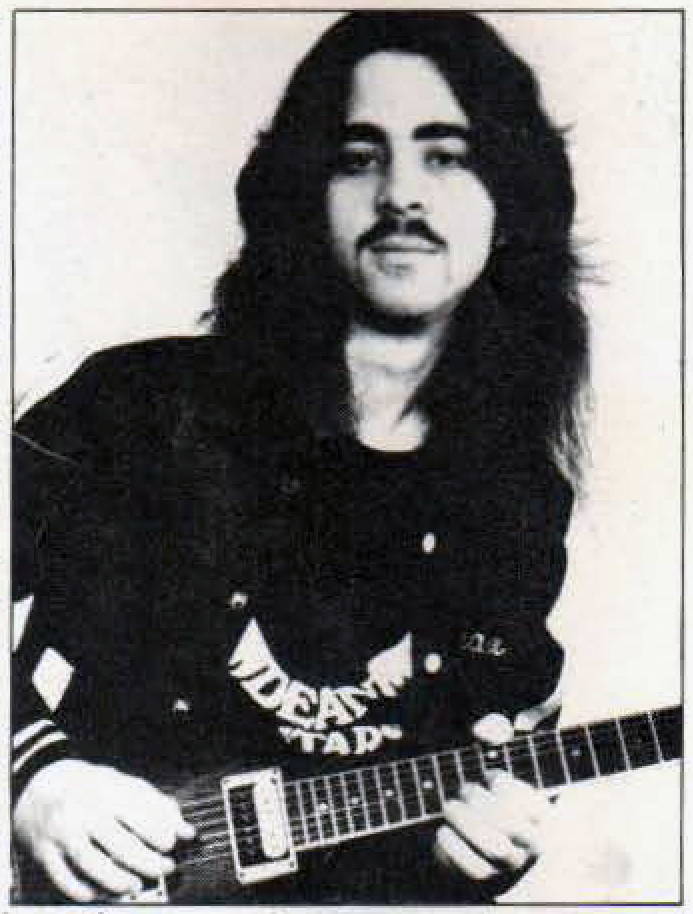 DEAN BARRETT ZELINSKY, president of Dean Guitars, is at 22 the youngest manufacturer of production model electric guitars in America. He's been at it already for two-and-a-half years, and, as a matter of fact, he's actually been creating money out of guitars since he was 16. "That's when I used to buy junk and turn them into good guitars," he explains. "I'd buy a Gibson SG with its neck busted off, put it in shape, play It for a couple of weeks, and then sell it." Things have not always been as easy as this short biography makes it seem. Dean had to become "independent" before many people can even comprehend the word. And he had to really teach himself everything from guitar history to luthiery, from distribution to accounting. Yes, he was born and raised in Chicago's exclusive Highland Park suburb, but no, that was no advantage. "The area I grew up in was totally unmusical," he says. "It was really hard to get anyone together to jam with or form a band. Anyway, I was like two or three years too late to really get something going as a musician." As owner of the screw-machine factory whose products were used in this country's lunar explorations, Dean's father probably had a wealth of experience to pass on to his son. But the elder Zelinsky was killed in a plane crash when Dean was 12. And school would have been a disaster for Dean (he squeaked through with D's) had he not been imaginative enough to devise his own academically accredited work-study program when he was 18, by opening his first real enterprise—the Dean Custom Guitars repair shop in Northbrook. So yes, he got out of school at noon, but he also then had to work until 9:00 or 10:00 at night. And in recent years he's had to deal with suppliers going out of business, prospective partners trying to seize control of his firm, ebony robberies, heating system failures (that led to the shrinkage and warpage of valuable wood), and shipments of lacquer whose inferiority was discovered only after two weeks' work was ruined.

Dean began playing guitar at age nine: "That's when everything was happening, from the Beatles to the Monkees—though I never liked the Beatles. My first real hero was Johnny Winter. I'm very narrow-minded when it comes to music. I used to listen to the Blues Breakers, Jeff Beck—things like that." Dean had only one other a vocation: karate, which he studied for three years. His teacher, a corporate pilot, used to window-shop for Dean on the frequent flights he made to small neighboring communities. Having become interested in vintage guitars, Dean employed his teacher as an antique hunter. "I drew up a chart of every valuable guitar that ever was," he states, "and told him all the points to look for on any particular guitar. He'd go in and do the best he could. After he'd made the connection, I'd get on the phone and go from there." Thus, at 16, Dean became a guitar trader.

Zelinsky learned repair work the same way he'd learned music: by the seat of his pants. He bought old Gibsons with broken necks and shattered bodies, threw out the irreparable parts and glued the good ones together. And with each new start, these guitars looked less and less like Frankenstein monsters and more and more like balanced and distinctive instruments—double-neck electrics and reshaped Les Pauls.

By the time he was 19, Dean had decided to manufacture his own instruments. "I had to," he explains, "to make the kind of money I wanted to make and to do the things I wanted to do. Repair work was nice, but it was like a one-man operation. I was basically going to end up working like a peasant for the rest of my life. I was into bigger and better things."

"...I knew I had to come out with an original model so people would know that this wasn't just another copy company."

Beginning first with imitations of vintage Gibson electrics, Zelinsky gradually introduced design features of his own. "When I started out," he says, "V's and Explorers were getting popular with reissues, but I felt the big companies were making garbage—they wouldn't put good stuff into them. So I decided to make nice ones with good parts. At the same time, I knew I had to come out with an original model so people would know that this wasn't just another copy company."

Today Dean employs ten craftsmen and has 115 dealers. Though 20 guitars a week are completed, each electric actually takes six weeks to make: two for the body and four to apply the finish—since ten coats of clear lacquer are applied, each of which is time-cured (and not baked). Models include the "V" and "Z," named for their resemblances to letters of the alphabet; the "ML," named after a friend, Matt Lynn, who died of cancer; the "Flame," so branded in a flash of inspiration while Dean was dialing the telephone to meet an ad deadline; and the ''E'Lite" (pronounced "E- light"), Zelinsky's latest offering. "That's just a word—like elite—I've been using a long time," he laughs. ''Anything I saw that had class I'd call 'e'lite.'"

"Dean also believes the wing-like headstock has been particularly useful in making his instruments recognizable at a good distance from a stage."

Manufacturing features of the E'Lite include a glued-in-neck, DiMarzio pickups, and a molded heel, which creates an illusion of a neck that extends throughout the guitar body. The strings run through the body, are inserted from the back, come up over the top of the guitar, go down the neck, and are brought over the nut at a steep angle. "On our three standard models," Dean elaborates, ''there's a longer string length, which gives a lot more bendability. The longer the strings, the more stretch you have. And the strings are not only pulled back at the head, they're also pulled off to the right, which gives a firmer contact at the nut for added sustain." Dean also believes the wing-like headstock has been particularly useful in making his instruments recognizable at a good distance from a stage.

Purchasers of his products include rock and rollers such as Dave Mason, John McFee of Clover, and Root Boy Slim of the Sex Change Band, while Kerry Livgren and Rich Williams of Kansas and Rick O'Casek and Elliot Easton of the Cars actually endorse Dean electrics.

"I think my youth has been a definite advantage. All the people who are really doing something for the industry are younger guys...I can do a better job for musicians than people who are too busy to go out to concerts and find out what people really want in a guitar."

Zelinsky's youth has worked both for and against him. "It's been a rough road," he says. "But now a lot of things don't faze me that would faze most people. Every time you get screwed it makes you a little tougher—you bring up your defenses. I've had a lot of bad dealings with lawyers and accountants mainly because I was young. They're pretty greedy—at least the ones I've dealt with. But on the other hand, I think my youth has been a definite advantage. All the people who are really doing something for the industry are younger guys. I think I can do a better job for musicians than people who are too busy to go out to concerts and find out what people really want in a guitar. Younger guys are just sharper—they're hipper to the whole scene. A lot of these older guys at huge companies just aren't out there. If they were, they'd come up with something new. There they are with all that technology, knowledge, and money to do anything they want, but they aren't even tuned in enough to learn how to wind pickups that produce the sound people really want."

At present Zelinsky puts in ten- and twelve-hour days building up his company. However, his own guitar playing is not always benched. "My little brother has a group together," he explains, "and sometimes I play with them. I'd dearly love to put a band together, because I've made a lot of contacts that might help me go places with it. But I really love my guitar factory, and I want it to become huge." With very little past to look back at, Dean has nowhere to look but forward.